The Art of War

Sun Wu (later known as Sun Tzu) is well known for his writings on Chinese Warfare and military tactics and strategy, which he compiled into a historic text known as The Art of War. Today this text is studied, not only by martial art scholars and military leaders, but also, in particular, by business people and leaders. Its content regarding strategy and tactics can cross all boarders and is therefore excepted and understood in a great many fields around the world today.

These Martial and Military strategies and tactics, are followed greatly within Shun Wu Tang, and these principles helped greatly during the Tai Ping Rebellion(1850), when Shun Wu Tang was formed.

This was the creation point of the school of Shun Wu Tang, even though it was not called Shun Wu Tang at the time. The Taiping Rebellion was the world’s bloodiest civil war and was instigated by the Taiping Heavenly Kingdom against the Qing Dynasty. The Taiping uprising convinced many to join their cause and form a new army against the Imperial forces. The Imperial forces had to enlist mercenaries and local militia to aid in the eventual defeat of the rebel forces. One particular army called the Xiang army was instrumental in the downfall of the rebels. This was an initiative done by Zeng Guofan who combined the local militia with army and raised a new army to infiltrate and destroy the rebels from within. This new army, was the origins of the Shun Wu Tang.

Essentially, the primary fighting concepts that were taught for the battlefield, were called battle formations and military tactics (Bing Zhen/Zhan Zen). These were specifically, practical applications and strategies that could be taught and learned in the shortest possible period of time, so as to be applied almost immediately on the battlefield by soldiers, and non soldiers alike. These formations were not style specific and so employed the use of many different aspects of the martial arts including, but not limited to; punching, kicking, wrestling, throwing, trapping, seizing and of course, the use of various weapons. Much later, these techniques would be analysed in detail and the roots of the techniques would be investigated and studied. This is how the styles that are studied within Shun Wu Tang, came to be.

The Su family has been resident in Taiwan since 1736 in the village of Guang Gou, Yunlin County, Taiwan. The village is close to the County seat in Touliu. Yunlin County is in the mid-west of Taiwan as can be seen by the map below. 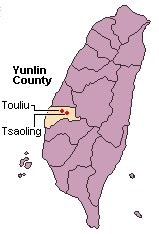 The original style practiced by the Su family was the Hokkien style of “Tai Tzu”. This was the system passed down through the generations of the Su family.

“Shun Wu Tang” was brought to Taiwan by the first generation master, Wu Qin Tse. He taught the style of Luohan to Lu Rong who was a Bai He (White Crane) master, who then taught Wu Chi, also a Bai He master.

Wu Chi was the teacher of Master Chien Miel Su’s father, Su Mo. Grand Master Su Mo is credited with the amalgamation of the original Su family system of Tai Tzu with the system of Shun Wu Tang learnt from Master Wu Chi to form the system of Shun Wu Tang currently being taught today by the Su family. Master Wu Chi passed on the mantle of the “Shun Wu Tang” system to Grand Master Su Mo who then carried on teaching the system as such. The Su family is carrying on this tradition to this day in Taiwan and in various parts of the world through their students.

“Shun Wu Tang”, pronounced “Sun Wu Tung” , has been passed down from generation to generation and is continued by the “Su” family residing in Taiwan. The name was originally misunderstood and therefore mispronounced, but it was named in honour of one the most revered Generals in martial arts history: Sun Wu: the birth name of the legendary Sun Tzu (The Art of War).

The traditional art that made up the basis of the “Shun Wu Tang” schools was that of the “Luohan” system. The system is therefore a mixture of the Northern and Southern systems combined as Master “Su Mo” incorporated both “pai” very successfully.

Family systems are always marked with their own “trade-mark” as such and therefore in all our “Luohan” forms, the “opening of the gate” is identified as that of the “Shun Wu Tang” or the “Su” trademark. In any other “Luohan” or most other systems, a traditional trade-mark or “opening of the gate” are always visibly noticeable. These can, to the experienced practitioner, be identified as from which family system the style originated.